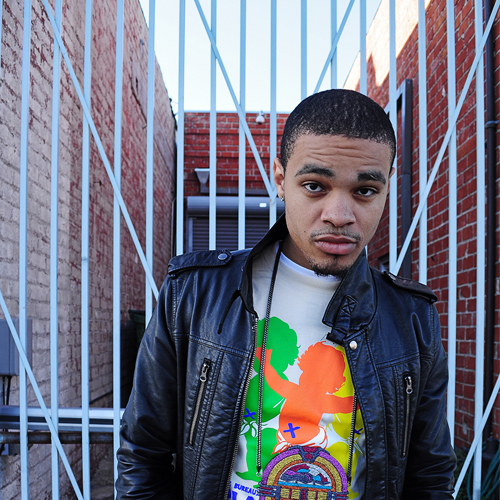 Contemporary R&B and pop producer, songwriter, and singer Brandon Green, known as Bei Maejor, then as Maejor Ali, and then simply as Maejor, broke into the music industry in 2005. That year, while the Southfield, Michigan native was a student at the University of Michigan, he worked on material for Trey Songz ("Ur Behind") and UGK's Bun B ("Hold You Down"). Over the next few years, he maintained a close alliance with Trey Songz while producing and writing for the likes of LeToya, Chrisette Michele, Ginuwine, Ghostface Killah, and Monica. His biggest successes during this phase of his career involved co-writing credits on Plies' "She Got It Made," Soulja Boy's "Speakers Going Hammer," and Lloyd's "Cupid." Green signed to the Sony-distributed Jive as a solo artist and started issuing mixtapes in 2010. His self-produced, self-written single "Trouble," featuring a verse from J. Cole, registered on the Billboard R&B/hip-hop chart the following August and peaked at number 34. The next year, he produced material for Justin Bieber, Iggy Azalea, and Big Time Rush, while his own "Lights Down Low," issued on RCA with a guest appearance from Waka Flocka Flame, reached number 68. As Maejor Ali, Green reappeared in 2013 on the Universal-distributed Island label, and released "Lolly," a single featuring Bieber and Juicy J that reached the Top 20 of the Billboard Hot 100. During the latter half of the 2010s, while he continued to clock further additional studio time with the likes of Bieber, R. Kelly, and Austin Mahone, Green independently released several singles as Maejor, including the Jeremih collaboration "Get You Alone."