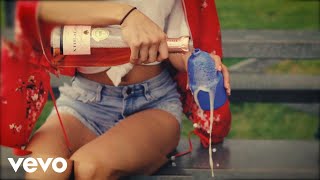 Dear Eastside
Kidz In The Hall

About Kidz In The Hall

In the mid-2000s, alternative hip-hop duo Kidz in the Hall became the new face for the revamped Rawkus Records, the underground rap powerhouse responsible for introducing groundbreaking acts like Mos Def and Talib Kweli before its operations were temporarily closed in 2004. Naledge's intelligence, imagery, and lyricism combined with the progressive and often jazz-inflected sounds of DJ/producer Double O easily recall the early-'90s aesthetic of hip-hop groups such as Pete Rock & C.L. Smooth, Gang Starr, and Souls of Mischief. A native of Chicago, Naledge (born Jabari Evans) was always the creative and lyrical type of guy, writing poetry and short stories since he was 13, but the New Jersey-bred Double O (born Michael Aguilar) had always been a techie, first DJing in the ninth grade and then composing beats in college. They first met each other at their alma mater, the University of Pennsylvania. After witnessing Naledge's rhyme skills at a talent show during his recruiter's visit, impressed audience members pointed him toward the talented DJ. Over the years, the two Ivy Leaguers worked together and became good friends. Once Naledge graduated, he again hooked up with Double O, who had relocated to Los Angeles as an engineer for Sony Studios, and the two decided to unite professionally as Kidz in the Hall. Naledge was already signed as a solo act to the reborn Rawkus and simply brought the Kidz in the Hall duo over to the label. The amount of (mostly Internet) press coverage greatly increased after prolific producer Just Blaze, a fellow techie, friend, and mentor of Double O, co-signed the group's efforts. Naledge and Double O heavily promoted themselves through the Internet and released several mixtapes to build up anticipation for their favorably received Rawkus debut, School Was My Hustle, in October 2006. Their 2008 effort The In Crowd found them moving to the Duck Down label, working with producer Black Milk, and making an impact with their “Drivin' Down the Block” single. Land of Make Believe followed in 2010 with more club tracks and some electro-influenced sounds.