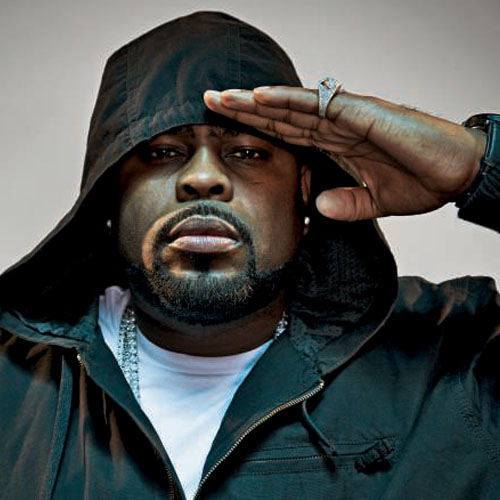 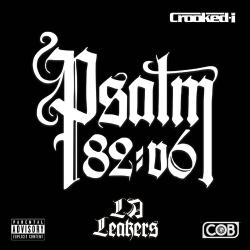 Born Dominick Wickliffe in Long Beach, California, rapper Crooked I issued a handful of releases as a solo artist and with the Slaughterhouse group before changing his stage name to Kxng Crooked. For a brief spell during the late '90s, Wickliffe was signed to Virgin. The MC appeared on Virgin and Virgin-affiliated compilations like the Caught Up soundtrack ("Girl," with Luniz) and C-Style's 19th Street LBC Compilation ("Gangsta Gangsta," "Bounce to This"). Not a free agent for long, he subsequently fell in with Suge Knight and signed to Death Row, appearing on the Too Gangsta for Radio compilation ("Death Rizzo" and "Gangsta Rap," which also featured Treach and Scarface) and the Dysfunktional Family soundtrack (contributing to nearly a third of its tracks). Though at least one Crooked I mixtape surfaced during the MC's time on the label, a pair of albums -- including Say Hi to the Bad Guy, slated for a 2002 release -- did not. Departed from Death Row by early 2004, Wickliffe went independent, launching his Dynasty Entertainment label, but legal obstacles prevented him from releasing yet another title of his own. Mixtapes, DVDs, and features continued to pile up, with B.O.S.S. (Beginning of Something Serious) -- at long last, his first official album -- prepared for a 2008 release date. Like his Death Row recordings, B.O.S.S. would also be scrapped. Despite these release setbacks, he continued to issue mixtapes and release songs on the Internet. In 2009, Joe Budden recruited Wickliffe to contribute to his track "Slaughterhouse" along with Royce da 5'9" and Joell Ortiz. The foursome would later form the rap supergroup of the same name, releasing a self-titled debut LP that summer. After the release of more Crooked I EPs and mixtapes, Slaughterhouse signed with Eminem's Shady label in 2011, releasing On the House and Welcome to: Our House in 2012. The latter effort peaked at number two on the Billboard 200 and topped the R&B/hip-hop and rap charts. At the end of 2014, Wickliffe issued the solo LP Sex, Money and Hip-Hop under the new stage moniker Kxng Crooked.