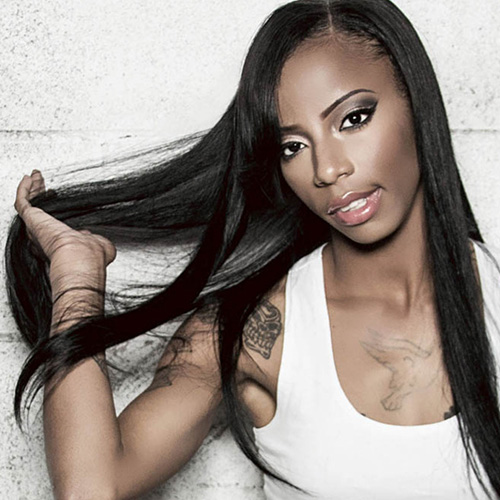 Sasha Go Hard, Chicago's next female rapper up, has had an exceptional year. The 21 year old, Chicago female rapper who came up with Chief Keef, was featured on MTV Sucker Free Chicago, performed at MTV's Sucker Free Chicago Show, made the cover of Chicago's Redeye Newspaper, was artist of the week for her 100,000+ view video on WorldstarHipHop, had a large feature piece in Complex, was featured on BET and MTV Iggy, toured on Diplo's Mad Decent Block Party Tour, and was the only unsigned artist on MMG signee, Rockie Fresh's-Electric Highway. Sasha has been featured in Music Taste Maker Outlets like Pitchfork and The Fader. This has helped in providing Sasha recognition to work with accomplished producers like Diplo, and play in major cities like New York City, Los Angeles, San Francisco, Chicago, Washington DC, Atlanta, London, and more. With three mixtapes out, that include her recent mixtape, "Round 3, Hosted by DJ Victoriouz" and features her recent work with Diplo, Kreayshawn, Tony Roche, Absolut P and many others, she has had the opportunity to headline sold out shows at Santos in Manhattan as well as in Los Angeles, and London. This female artist has came a long way from her first video, "What We Do" which blew up doing nearly 400,000 views with appearances from Chief Keef and many of the other Chicago major label signees. Her growth as an artist, work with Chicago producer, Young Chop and Interscope artist, Chief Keef, and videos from 33 million view, director DGAINZ, are only a few of the many reasons why she many major labels calling to sign her. Sasha is currently expanding and developing as an artist while demonstrating her versatility with her range of work with producers like Diplo and recent work with Rolling Stone featured Gangster Rap artist, Freddie Gibbs. Sasha Go Hard, the NY Times featured Chicago artist, will definitely be an artist that people continue to talk about. Look for much more coming from Sasha Go Hard in 2013.