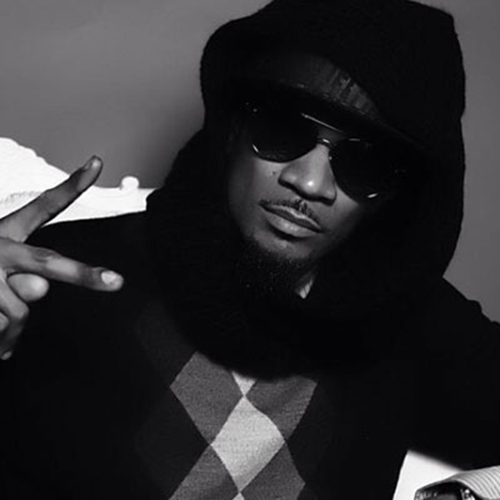 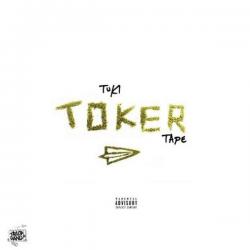 It’s seldom an artist can move between two mediums and still maintain an intense amount of intrigue and support from fans. Time and time again, we have seen one art form fail for the sake of another. When referring to Tuki Carter, he breaks the mold. As both an accomplished visual artist and musician, he has gained a legion supporters and attention in popular culture. Tuki Carter is a California-born and raised multi-platform artist, partly bred by Atlanta that has influenced underground and Atlanta culture with his work. Tuki Carter started as a visual artist, and eventually gained the skills to be a tattoo artist through apprenticeships. He gained attention for his colorful designs and unique style with the needle. Tuki Carter is one of, if not the first, black tattoo artist to breakthrough as a well-known tattoo artist outside of the tattooing culture, but in the mainstream consciousness, as well. Tuki Carter is known, nationally, for turning pieces of skin into canvases with vivid portraits on them for the world to see. His artistry eventually has spawn from a gig into a full-blown business venture with partner and friend, Miya Bailey. Together they created City Of Ink, which is a renowned tattoo shop and art gallery. Tuki Carter has been recognized in magazines such as Inked and Urban Ink magazine for his unique and impressive work in tattooing. In Complex magazine, he was recognized as #9 out of 50 of their 50 Tattoo Artists You Should Know. On the journey of his career, he even got to bridge the gap between his tattoo and music career with a music video starring Rick Ross and Wiz Khalifah being shot in the shop he co-owned. Tuku Carter is no strange to celebrity affiliation or clientele. Carter tattooed Young Jeezy and Usher, among others during his career. Carter was also a part of hip-hop history by tattooing the microphone on rapper, Canibus, which fueled the infamous beef between him and LL Cool J. During the rise and success of City Of Ink, Tuki Carter began to branch out into a fruitful musical career with Atlanta’s own musical collective, Hollyweerd. Hollyweerd was seen as the new generation of ATLiens that were following in the footsteps of legendary musical acts like Goodie Mob and Outkast. Hollyweerd catapulted from an underground act to an indie-pop sensation. Garnering plays on radio and television spots. Tuki Carter’s charm and scathing rap lines was a signature asset to the Hollyweerd collective. After much success, the group disbanded to pursue their separate careers in music. That was Tuki Carter’s chance to advance even further and find a home where he was able to grow as a musical artist. It wasn’t long before he found a home with Wiz Khalifah and his record label, TaylorGang. While prepping the release of his upcoming LP, “Atlantafornication”, he created a social media firestorm with songs such as “Bitch, I Woke up Handsome” which had all of his supporters, new and old, quoting the charismatic song. The popular anthem even ended up on Baller’s Eve, which is a NYC-based radio show dedicated to bring the dirty south sound to New York. Through art and music, Tuki Carter has displayed that he is more than an artist. He is seen as more than an album, art exhibit, or tattoo. Tuki Carter has crafted himself into being a major influence in what’s cool and what’s not. Now, during the last quarter of 2012, Tuki Carter is crafting his master plan of music domination. Mr. Tuki Carter is now officially signed to Wiz Khalifah’s Taylor Gang and is prepping his highly anticipated musical project to be released on October 17th. He will also be headlining the 2050 tour which is a 54-date tour that will be introducing Tuki Carter as the next musical force to be reckoned with all while working on more album material. Tuki Carter is the charismatic phenomenon that is positioned to take over the entertainment industry one ear and eye at a time.