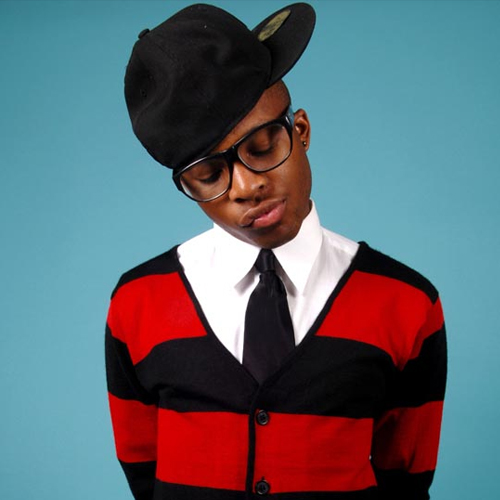 Donnis released his first mixtape, Diary of an ATL Brave, in 2009 with the backing of streetwear brand 10 Deep. The mixtape led to a one single deal with Fool's Gold Records to release his single “Gone”.[5] The success with this mixtape also earned Donnis on the very sought-after spot on XXL Magazine's 2010 Freshmen list. With one mixtape Donnis was shot into a bit of a spotlight. According to XXL Magazine, he chose to ink a deal with Atlantic Records in early 2010. Donnis Atlantic won in a bidding war between Def Jam, Jive, Asylum and Downtown Records. “You know [Atlantic] put in the work and I feel like they the best label in the game right now,” he said. “I mean they makin’ the most money and makin’ shit happen.” He also felt that the label offered good, friendly competition so he could push himself and grow as an artist.[1] In March 2010, he appeared on the cover of XXL magazine for the magazine's annual list of Top 10 Freshman, which included J. Cole, Pill, Big Sean, and Wiz Khalifa. On March 31, 2010 he performed at New York City’s Highline Ballroom with other members of the Freshman 10.[6] June, 2010 saw Donnis release two mixtapes. The first, "The Invitation," was hosted by Atlanta notables DJ Infamous and DJ Holiday and featured freestyles of Usher's hit OMG and N.E.R.D's Everyone Nose.[7] The project also featured early versions of tracks from "Fashionably Late." "Fashionably Late" was hosted by Clinton Sparks and DJ Ill Will and included guests John Legend, Estelle, GLC, Yelawolf, and Atlanta natives OJ da Juiceman and Pill. The mixtape features production by Needlz who also produced Donnis' first single, "Gone." On September 28, Donnis made his major label debut with the Atlantic Records release of the "Fashionably Late EP." Donnis' New mixtape "Southern Lights" was released on April 11, 2011 announced via Twitter. He also stated that there is major growth between this project, "Fashionably Late", and "Diary of an ATL Brave". His goal for "Southern Lights" was for it to offer a more personable feel to it. Each song involved more personal stories and events that helped to form this mixtape. Even the house on the cover art was the same house he grew up in during his youth in Atlanta, GA. "Southern Lights" was also made to show that Donnis wasn't a fluke. He wanted to show that he can consistently put out records and prove that he does indeed have what it takes to have earned that 2010 Freshman spot. In 2011, Donnis collaborated with Japanese lifestyle brand Onitsuka Tiger for the EP Nippon Sounds that featured original music and remixes by Japanese producers DE DE MOUSE, Joe Iron, and Taku Takashi.