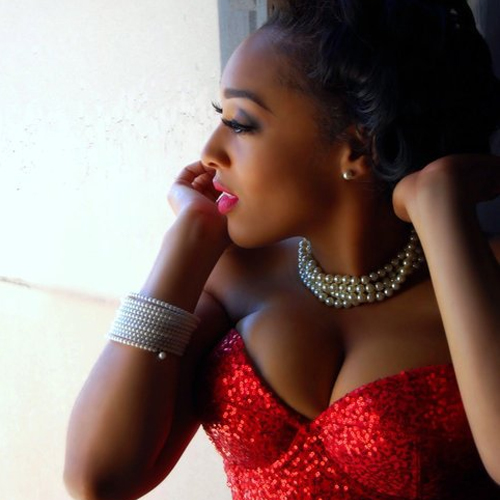 Nikki Grier's story is like a page turning New York Times best seller drenched in heartfelt soul. At the age of twelve Nikki signed her first recording contract with legendary music executive Lou Adler. She went on to record and release her first gospel album as part of a the group "All God's Children". Nikki has sung background vocals for Barbara Streisand, Michael Jackson, and Leon Ware just to name an amazing few. She has also opened for legendary funk band, Rufus featuring Sly Stone. In 2006 she was invited to a songwriting session with Dr. Dre. That one session turned into Nikki signing with Dr. Dre’s publishing company. The six years Nikki spent at Aftermath enabled her to showcase her talents writing and/or singing lead and background vocals for Dr. Dre, Eminem, Busta Rhymes, 50 Cent and countless others. In 2009 Nikki's song "Touch Me" was featured in the film "Not Easily Broken" and in 2010 she sang on Eminem's critically acclaimed albums "Relapse" and "Recovery". Nikki’s music is soulgasm; the perfect combination of hip-hop, seduction, and soul. She combines a perfect mixture of hip-hop, rock, and soul and delivers it all with an element of sensuality. She commands any stage that she walks on! Nikki had the pleasure of singing backgrounds on Michael Bublés lastest project, "To Be Loved" and Rod Stewart's latest album, Ridin' High. She spent 3 seasons on the Emmy nominated GSN gameshow "The American Bible Challenge Show" hosted by Jeff Foxworthy and co-hosted by Kirk Franklin. She has appeared on two episodes of the hit sitcom "How I Met Your Mother" and her vocals were featured on an episode of the hit show "Psyche" . Most recently, Nikki had the opportunity to co-write "Vegas Nights" on the "Think Like A Man Too" soundtrack featuring Mary J. Blige and The Dream. Nikki is a featured vocalist in the upcoming James Franco film, "The Sound and Fury". She is currently working with Busta Rhymes, A$AP Ferg, and DJ Khalil.