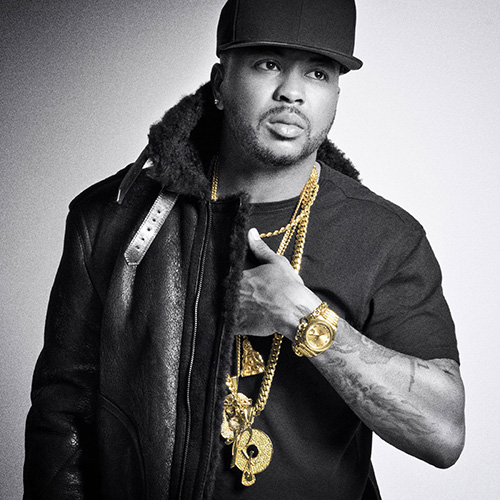 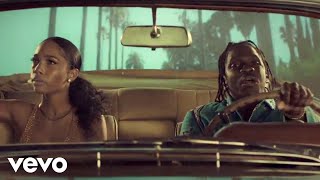 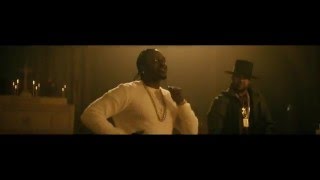 R&B singer/songwriter and producer Terius Youngdell Nash, better known as the-Dream, was born in Rockingham, North Carolina, but moved to Atlanta, Georgia, with his mother at the age of three. He first learned to play trumpet in elementary school, later picking up the drums and guitar. Nash's singing career got off to a slow start once he graduated from high school, but he found success in selling song lyrics after he met R&B producer Laney Stewart in 2001. Stewart helped Nash land his first publishing contract in 2003 in light of his penning "Everything" for B2K's platinum 2002 album Pandemonium! Paired with producer Chris "Tricky" Stewart (Laney's brother), he continued to write songs for various artists over the next four years, such as the Britney Spears/Madonna duet "Me Against the Music." His watershed moment came when he and Tricky created Rihanna's 2007 international smash hit "Umbrella." Several labels began approaching him so he could churn out more hits for their artists, particularly Def Jam, Rihanna's label, which was reluctant to sign the singer/songwriter at first. Def Jam finally stopped dancing around the issue of signing Nash after he sold number one R&B single "Bed" to Capitol Records newcomer J. Holiday. In fall 2007, Nash released his first single, "Shawty Is da Sh*!" (known on radio as "Shawty Is a 10"), on Def Jam, following up with his solo debut album, Love/Hate, at the end of the year. The album peaked at number five on the R&B/Hip-Hop Albums chart, while its three singles -- including "Shawty" -- reached the Top Five of the R&B/Hip-Hop Singles chart. A second album, Love vs Money, followed in March 2009; though it did top the R&B chart and narrowly missed the top spot of the Billboard 200, only one song -- "Rockin' That Thang" -- received significant airplay. Nash declared that Love King would be his final solo album, but he retracted the statement prior to the disc's June 2010 release. The set debuted in the Top Five of the Billboard 200 and R&B/Hip-Hop charts, though its two charting singles were only minor hits. A sprawling "Internet album" dubbed 1977 and credited to Terius Nash surfaced as a free digital download in 2011. The following year, "Roc" and "Dope Chick" were issued as singles and charted, but their parent album -- titled Love IV MMXII -- went through a series of delays. That October, Nash was hired by Def Jam as its vice president of A&R. Just before the end of the year, as Love IV MMXII continued to be delayed, Def Jam gave 1977 an official release. Even while recording his own material at a steady rate, Nash managed to dish out songs for a wide range of popular artists, including Mary J. Blige ("Just Fine"), Mariah Carey ("Touch My Body"), Beyoncé ("Single Ladies [Put a Ring on It]," for which he won a pair of Grammy Awards), Electrik Red (the entirety of How to Be a Lady, Vol. 1), Justin Bieber ("Baby"), first wife Nivea (whom he divorced in 2007), and second wife Christina Milian (whom he divorced in 2010). Through 2012, he continued to be in demand as a songwriter and guest artist. That year alone, he appeared on 2 Chainz's Based on a T.R.U. Story and Kanye West's Cruel Summer compilation, and he penned material for Keyshia Cole and Rihanna. The following February, he collected a Grammy for his role in Jay-Z and Kanye West's "No Church in the Wild," which won the award for Best Rap/Sung Collaboration. IV Play, his fourth and most collaborative album as the-Dream, was released in May 2013 and featured guest appearances from Beyoncé, Jay-Z, Kelly Rowland, and Gary Clark Jr., among others. Although it went Top Five R&B, just as the three previous the-Dream albums had done, it was easily the least successful one of the four due to relatively low sales and a shortage of notable tracks. In early 2015, Nash announced that he had split from Def Jam. A few months later, after he was cleared of felony domestic assault charges filed by a former partner, he returned on the Capitol label with new material. The EP Crown was released that April. A second EP, Jewel, was planned for release that July, but Nash's relationship with Capitol fell through. Near year's end, he uploaded a set of Sam Cooke covers, IAMSAM, to his SoundCloud page. Genesis, a ten-song release with an accompanying short film, followed in January 2016. Later that summer, Nash announced via his Instragram account that he would continue his "Love" series with a new album called Love Affair. The album's first single, "Love You to Death," arrived in December of that year.