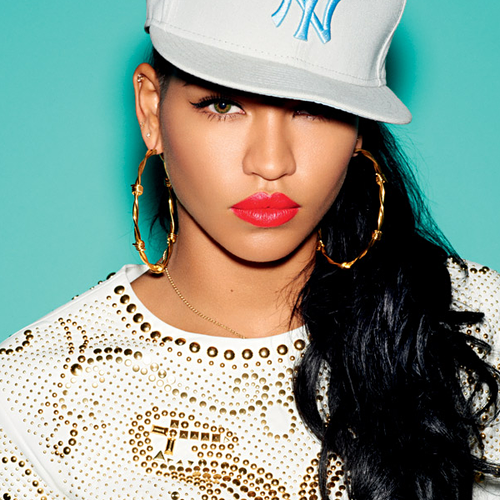 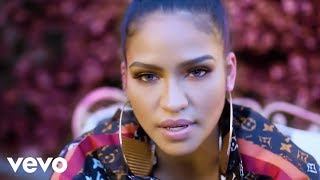 American singer, dancer, actress, and model Cassie (born Casandra Elizabeth Ventura) blended pop, R&B, and hip-hop in a style reminiscent of Rihanna, Aaliyah, and Amerie, with influences as wide-ranging as Christina Aguilera, Nine Inch Nails, Janet Jackson, and Mariah Carey. Raised in a multicultural family with a prep school education, she began modeling as a teenager, which led to her first brush with the music industry when she appeared in Mario's video for "Just a Friend 2002." With the help of producer Rockwilder, she began taking formal voice and modern ballet lessons. After graduation from high school, she started modeling in New York City. There, she met producer Ryan Leslie (Danity Kane, JoJo, Ne-Yo, Chris Brown), who encouraged her to pursue music. The pair wrote and recorded the song "Kiss Me," which helped Cassie ink a deal with Tommy Mottola. A second track co-penned with Leslie, "Me & U," would be Cassie's first major hit. Sean "Puffy" Combs caught wind of the single and signed her to Bad Boy Entertainment. Her self-titled debut was released in the summer of 2006. Cassie peaked in the Top Three of the U.S. and U.K. R&B/hip-hop charts, as well as rising to number four on the Billboard 200. "Me & U" continued to climb the singles chart, peaking at number three and earning platinum certification. She also made her movie debut in Step Up 2: The Streets. Although she planned to record an immediate follow-up, those sessions never resulted in a proper studio album. Instead, Cassie released a series of high-profile collaborative singles over the ensuing years, including "Official Girl" with Lil Wayne in 2008; "Must Be Love" with Puffy and "Let's Get Crazy" with Akon in 2009; "Radio" with Fabolous and "Make You a Believer" with Jadakiss in 2011; and "Balcony" with Jeezy in 2012. That same year on Valentine's Day, Cassie issued the slick electro-dance track "King of Hearts," and later appeared on Nicki Minaj's single "The Boys." In 2013, Cassie unveiled a new sound on her RockaByeBaby mixtape. Released in the spring, the effort -- her first major work in seven years -- marked a dark and mature shift for the singer. Inspired by the classic '90s flick New Jack City, RockaByeBaby featured a cover showing Cassie holding a golden pistol and songs that combined raw grit and adult content with her strong vocals. A stacked roster of guests appeared on the album, including Wiz Khalifa, Pusha T, French Montana, Rick Ross, Jeremih, Fabolous, Meek Mill, Ester Dean, and Too $hort, as well as production nods from Mike WiLL Made-It and Rob Holladay. After starring in Honey 3: Dare to Dance and The Perfect Match in 2016, Cassie announced that she had signed with Epic Records. The G-Eazy collaboration "Love a Loser," her first single for the major label, was released in 2017.